If you have any enquiries please contact our secretariat.

The Vienna Airport is situated approximately 16 km (12 miles) from the centre of Vienna. From the Viennese airport you can easily get into town within 30 minutes, by bus, train or by taxi.

The Vienna Airport Line busses link the airport to the Vienna City at Schwedenplatz / Morzinplatz or to the Westbahnhof (main railwaystation) two times per hour or to the shopping mall "Donauzentrum" every hour. The bus ride to Vienna takes between 20 and 40 minutes, a oneway ticket costs € 8,00.

A taxi ride from the airport to the centre of Vienna costs approximately approx. € 45,-.

Take the Vienna Airport Line bus no. 1183 leaving the airport every hour (e.g. 08h10, 09h10, etc), get off at "Donauzentrum". Change to tram 26 direction Edmund-Hawranek-Platz and get off after four stops at "Josef-Baumann-Gasse". From there it is only a 3 minutes walk to the University.

Vienna also features an excellent public transport system. The underground is very reliable and easy to negotiate, and there are many tram lines and busses for shorter distances. For night-time traveling, Vienna offers a network of night busses, and of course taxis. Validated tickets can be used for all public transport in the core zone. Tickets are available at ticket machines at most underground stations or at points of advance sale for € 2,20 per ticket and direction. Tobacconists also sell tickets.

Vienna can be reached easily by car via a number of highways from many directions (e.g. from Munich via Salzburg and Linz). The city has excellent rail connections from the west (Munich), the north (Prague), the east (Bratislava , Budapest) and the south (Graz , Venice) As there are so many places where you may visit us from and we cannot give you information on all of the routes, we recommend you use this route map.

German is the official language in Austria . Usually English is understood in hotels, shops as well as in everyday life.

The EURO (€) Austrian's currency is the currency of many European Union countries. Euro banknotes and coins have been in circulation since 1 January 2002.

Coins : There are eight different denominations in the current euro coin series, ranging from the 1 cent to the € 2 coin.

Automated cash machines are available all over Vienna . These will provide cash to a variety of overseas bank and credit cards, including VISA and MasterCard. There are also banks where traveller's checks can be cashed within walking distance. A credit card can be used for purchases in most shops, pubs, and restaurants.

Tipping taxi drivers or waiters for food in restaurants is optional but common. If the service you received was acceptable or better, tips normally account 10%.

GMT + 1 (GMT + 2 during the European/continental summertime).

Country code: 43. Outgoing international code: 00. The dialling code for Vienna , when calling from abroad is: +43 for Austria , 1 for Vienna .

Internet access will be provided by the University during the whole conference. Please ask for the ID and Password at the information desk. Most of the hotels offer the possibility to use the internet, for which a small fee may be charged. In addition you will find Internet Cafés in the city.

Food & drink: Austria 's especially Vienna 's quality of water is deemed to be among the best in the whole European region so you can drink water directly from the tap without risk. Milk is pasteurised and dairy products are safe for consumption. Local meat, poultry, seafood, fruits and vegetables are generally safe to eat.

Health care: The following emergency numbers are used: Police: 133; Ambulance: 144; Fire: 122. Refunds are available from Regional Health Insurance Offices (Gebietskrankenkassen) which also provide addresses of medical and dental practitioners. Referral to a public hospital will require an admission voucher issued by a doctor. In an emergency, visitors should show their passport to the hospital administration which will ascertain from the insurance office whether the costs of treatment will be met. Further Information: http://wien.at/english/health/index.htm

There is no official closing time at pubs and restaurants. 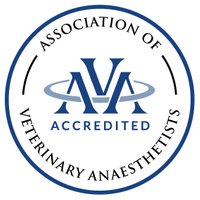